The classic and delicious cupcake 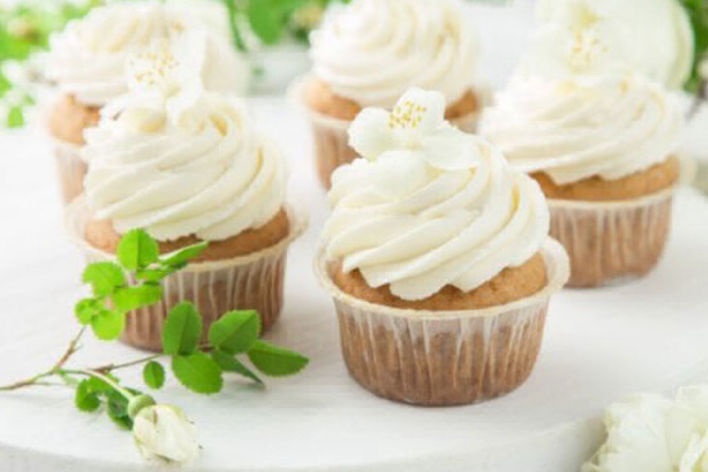 Ingredients for the base:

Ingredients for the buttercream:

We put the oven to preheat to 180ºC (356ºF) while preparing the recipe. In the container that we are going to use, we first add the butter, which must be at room temperature. Then add the sugar, while putting the mixer on slow speed. This first mixture should be quite creamy.

While we are going to throw the eggs in another bowl and beat them a little. Once the previous step is over, pour the eggs into the container and knead again for a few minutes, until the eggs are completely integrated into the dough.

Then we are going to add both the flour and the yeast and the vanilla essence, leave to mix for a few minutes at slow-medium speed, and add the milk, continuing to knead everything until the dough is perfect.

We are going to fill the Cupcake capsules that we should have previously prepared, filling them with the dough obtained, but trying to keep it over a third of the free volume by the time the dough rises with the baking.

We put the tray in the oven, and leave it at 180ºC (356ºF) for about 20 minutes. It is interesting that a couple of minutes before the estimated time, you prick the inside of a Cupcake with a toothpick or similar to see if it is well done inside. Depending on how they are, they are left a little more or they are already removed from the oven.

When we take them out, we must let them rest for about 5 minutes, so that they cool and we can unmold them well, setting them aside to decorate them later.

So far the elaboration of our Cupcake bases. Let's now explain how to prepare a simple buttercream to decorate them on top. You can prepare it while baking the above, so you save time.

This Buttercream is very basic, but to begin with it is ideal for you to practice. Over time we encourage you to prepare other more complete recipes, adding ingredients, flavors and colors to improve the appearance of your Cupcakes, but now we are going with a simple.

Again we return to our mixer or rod mixer, and in its container we are going to add the icing sugar, which we have previously sieved. We add the butter, the milk and the vanilla essence, and we begin to beat everything at a slow temperature, so that the ingredients go forming a homogeneous paste.

When we see that they all begin to integrate, we can beat for a few minutes at medium speed, until we see that a creamy-looking mass is formed without lumps, which indicates that our Buttercream is ready.

We are going to pour the cream in our pastry bag, with the nozzle that we want to use to decorate our Cupcakes, and we begin to cover them with the Buttercream.

And to finish you can use any additional decoration, one of the many that can be found on sites specialized in creative pastries. And you already have your Cupcakes ready.

web page was made with Mobirise web themes