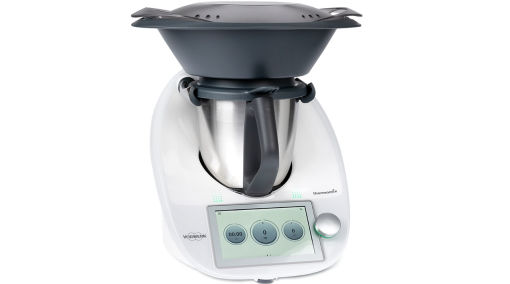 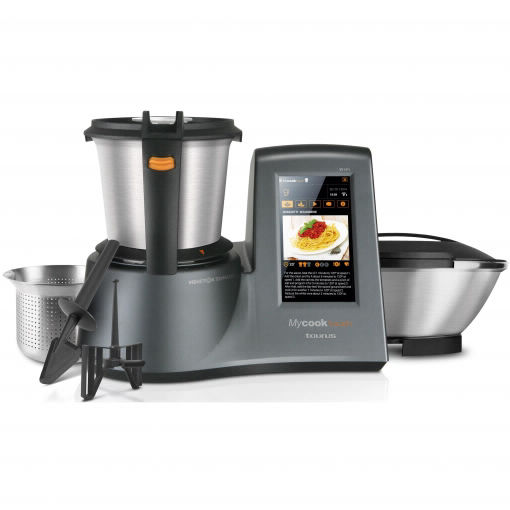 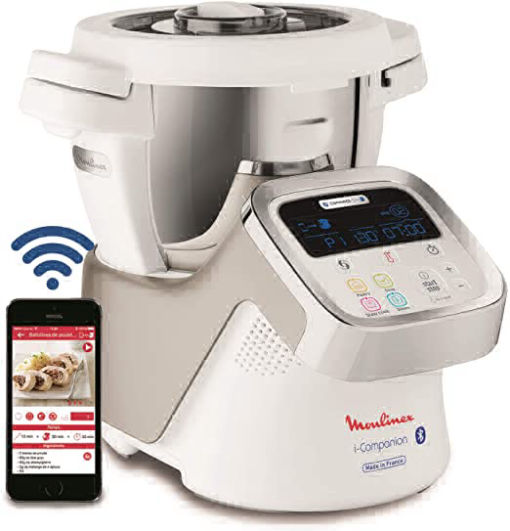 Thermomix is a food processor made by the German company Vorwerk for the first time in 1961, capable of performing different functions such as cutting, mixing, kneading, simmering, boiling and steaming. But when we talk about Thermomix we mean any brand or model of food processor.

We all know that the secret of having a good and varied menu at home is to have help. And nothing better for it than a processor or a kitchen robot: peel, chop, grind, chop, beat, squeeze, knead ... It also allows you to prepare first-class dishes.

What is the difference between them? A good food processor is a food processor and a cooking appliance. That is, it allows you to prepare everything you need to make any dish -even sophisticated ones-, and cook it. It is like a pot, frying pan and oven at home, with the ability to automate many processes.

With a good kitchen robot you can chop and grind food, grate and laminate fruits and vegetables, make smoothies, hummus, mousses and pâtés, purees and creams, broths and gazpachos, cake bases, dried fruit flours, weigh food ... But is also that, as there are so many good users sharing their recipes on the internet, you will be able to make multiple new recipes that you did not know, in a practical way. Some of the most difficult, and that the robot enables you to make them following the step by step of the good recipes for kitchen robots.

5 benefits of having a good kitchen robot at home :

Cooking involves doing several tasks at once: preparing food, cutting them, cooking ... imagine that you do everything in a single device and that you can also program it to do exactly what you want. From experience, cooking using a food processor changes the time relationship with daily cooking. We highlight as great benefits of having a kitchen robot:

1.- You will have a helper in the kitchen, always!

2.- You save time: You no longer need to cook before eating, you can program it and eat hot

3.- You improve your kitchen: you access new recipes and dishes that until now you did not cook

4.- You save on cleaning: You only clean one appliance instead of several pots, pans, etc.

The fact of cooking by programming is now extended to the possibility of managing your kitchen robot from an application on the mobile.

Next we are going to put a typical and basic recipe to make in the Thermomix, each kitchen robot is different you must practice to control the times, from this recipe anyone can do it, doing it with a Thermomix type robot makes the job easier since that can be done faster.

110 grams (4 oz)of butter, at room temperature and in portions.

250 grams (9 oz)of butter, at room temperature and in portions.

2.- Put the flour, yeast, salt in the Thermomix glass and program 15 seconds at speed 7. Remove from the glass and reserve

2.- Without washing the glass, put the butter and sugar, program 30 seconds at speed 3.

3.- Then program 1 minute at speed 3, and add the eggs one by one through the nozzle.

4.- Add the milk and vanilla. Program speed 3 without programming time and add the flour  through the nozzle.

5.- Place the dough in a pastry bag and fill 12 paper capsules. Place them on the cookie sheet   and bake for 20 minutes. Remove from oven and allow to cool.

1.- Put the sugar in the glass and pulverize 30 seconds, progressive speed to 5-10

2.- Place the butterfly on the blades, add the butter, milk and vanilla. Set 2 minutes at speed 3. Remove from the glass and set aside in a pastry bag with a curly nozzle.

3.- When the cupcakes are cold, garnish with the reserved buttercream.

Tip: You can dye the buttercream in different colors using food coloring. Once the cream is made, distribute it in two or three containers, add the coloring and mix.